The game introduces the new series of Volvo engines, Drive-E power trains, in a playful and engaging way. Later the game was also part of the Volvo stand in both Detroit and Belgium. 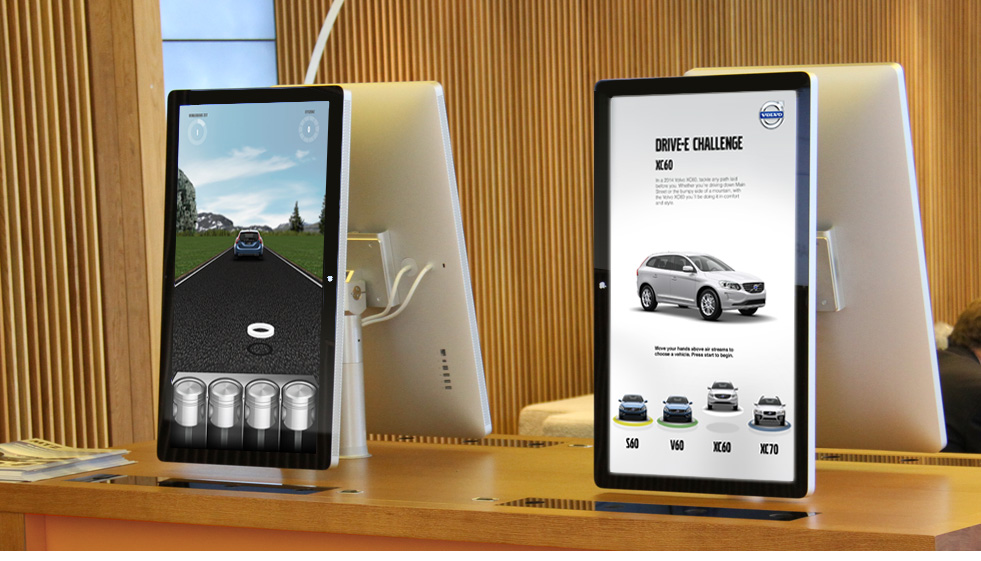 From first idea to launch via proof of concept, prototypes, component sourcing to manufacturing. Our strategy, design, and development team gathered forces to develop a product that meets provides parents with additional piece of mind. We worked closely with the client throughout on all aspects but with focus on app development, design, software, hardware, and firmware.

THE VOLVO DRIVE-E CHALLENGE IS A GAME CREATED FOR VOLVO´S EXHIBITION STAND AT THE INTERNATIONAL CAR SHOW IN FRANKFURT 2013.

The game introduce the new series of Volvo engines, Drive-E power trains, in a playful and engaging way. Later the game was also part of the Volvo stand in both Detroit and Belgium.

The game uses four movement sensors mounted in a table together with air streams connected to each sensor. The purpose of the air streams is to give a tactile feedback of where the user should interact. The game itself is simple, fun and intuitive to play. The game objective is to drive a car by boosting its engine. The players must ignite a sequence of sparks that scrolls down on the screen by using the movement sensors installed on the table

We use our unique set of skills and ways of working to drive innovation and create impactful change by co-creating digital products, services, and ventures with our partners.