Cookies Preferences
Close Cookie Preference Manager
Cookie Settings
By clicking 'Accept tracking', you agree to the storing of cookies on your device to enhance site navigation, analyze site usage and assist in our marketing efforts. More info
Thank you! Your submission has been received!
Oops! Something went wrong while submitting the form.

The Moonlander is an installation that simulates the landing process of Apollo 11 when it first landed in the Sea of Silence on the moon in 1969. It is part of the exhibition of the space section in Universeum, Gothenburg, Sweden. Universeum is a museum to share and develop knowledge about science and nature. 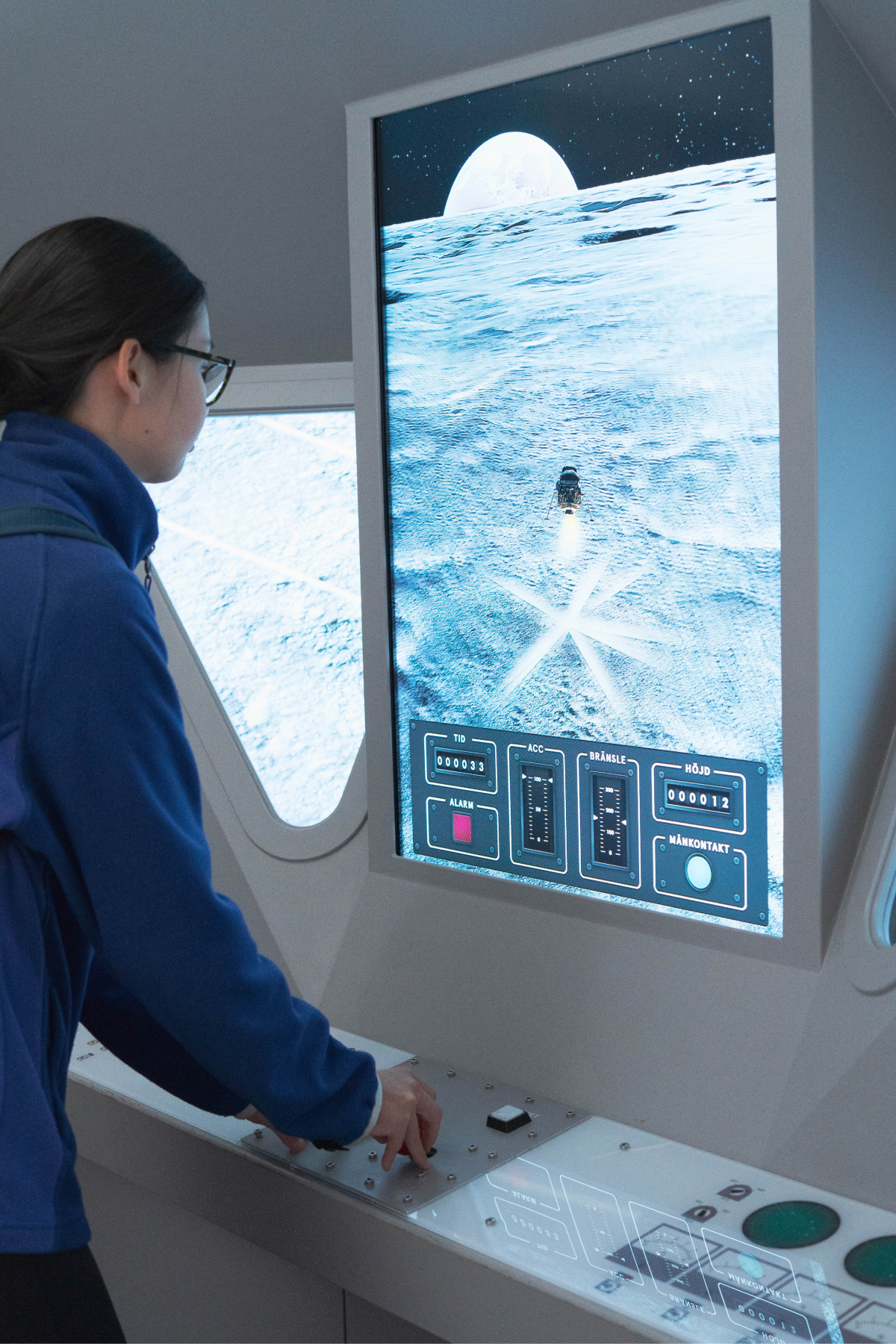 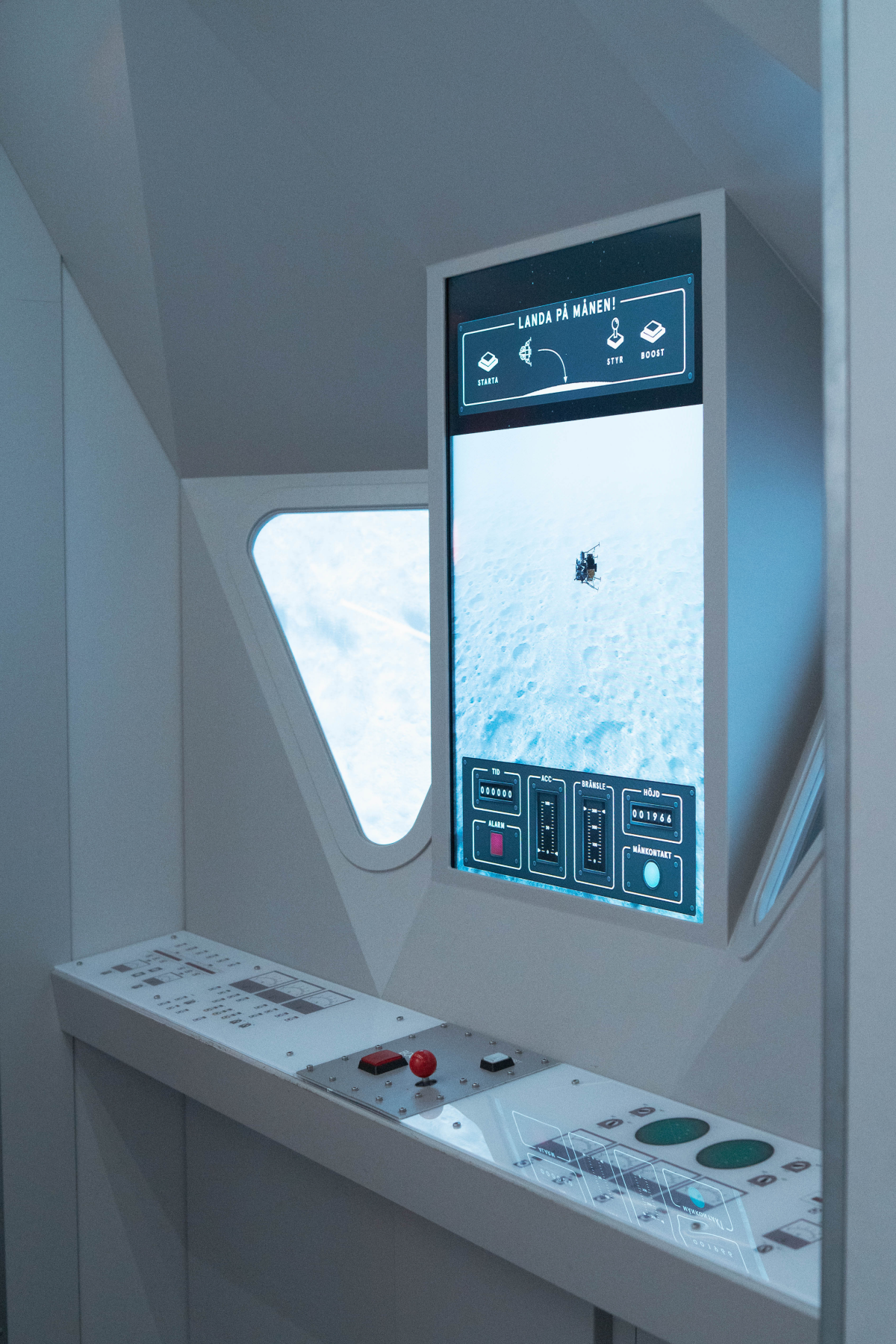 An experience designed for a 450,000 annual visitors with a strong focus on education.

There are two controls: the boost button, to both initiate the landing process and to slow down the speed of landing because of the lack of atmosphere around the moon, and the joystick, to steer the orientation of the Moonlander so it can land in the right orientation on the moon’s surface.

Two side windows are visualised with outside views in order to create a close to real feeling of the orientation of the Moonlander and enhance the ambient context in a space cabin. 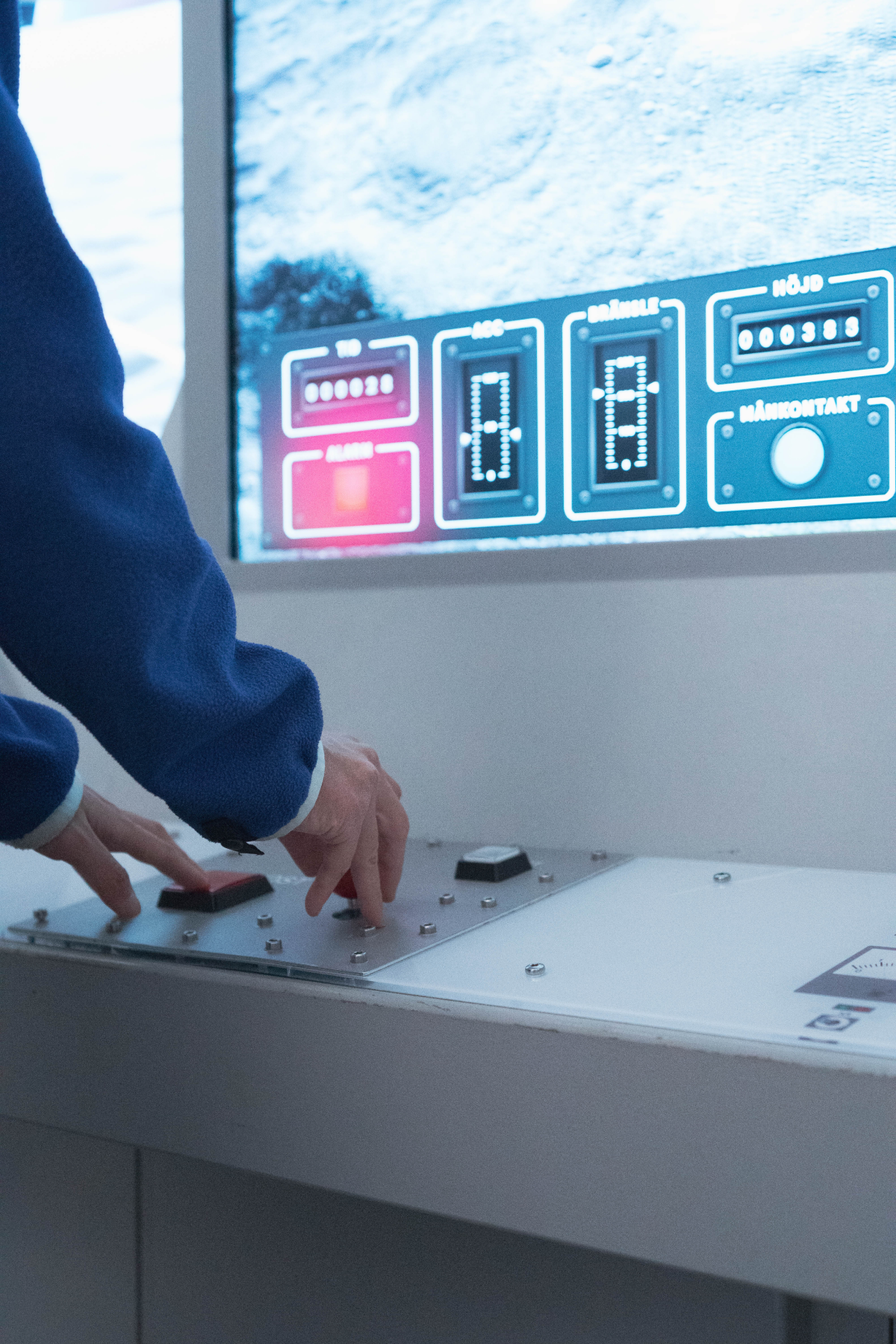 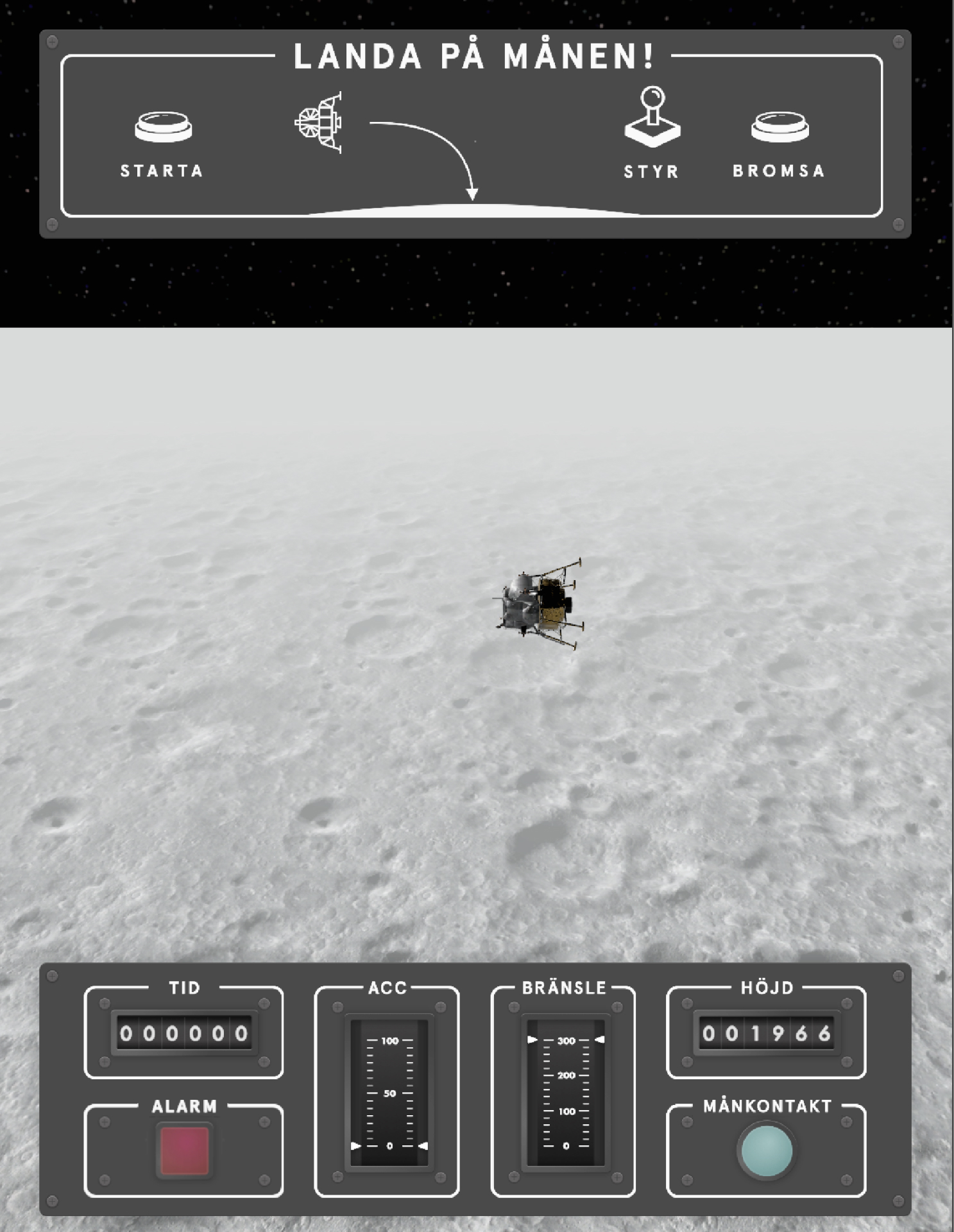 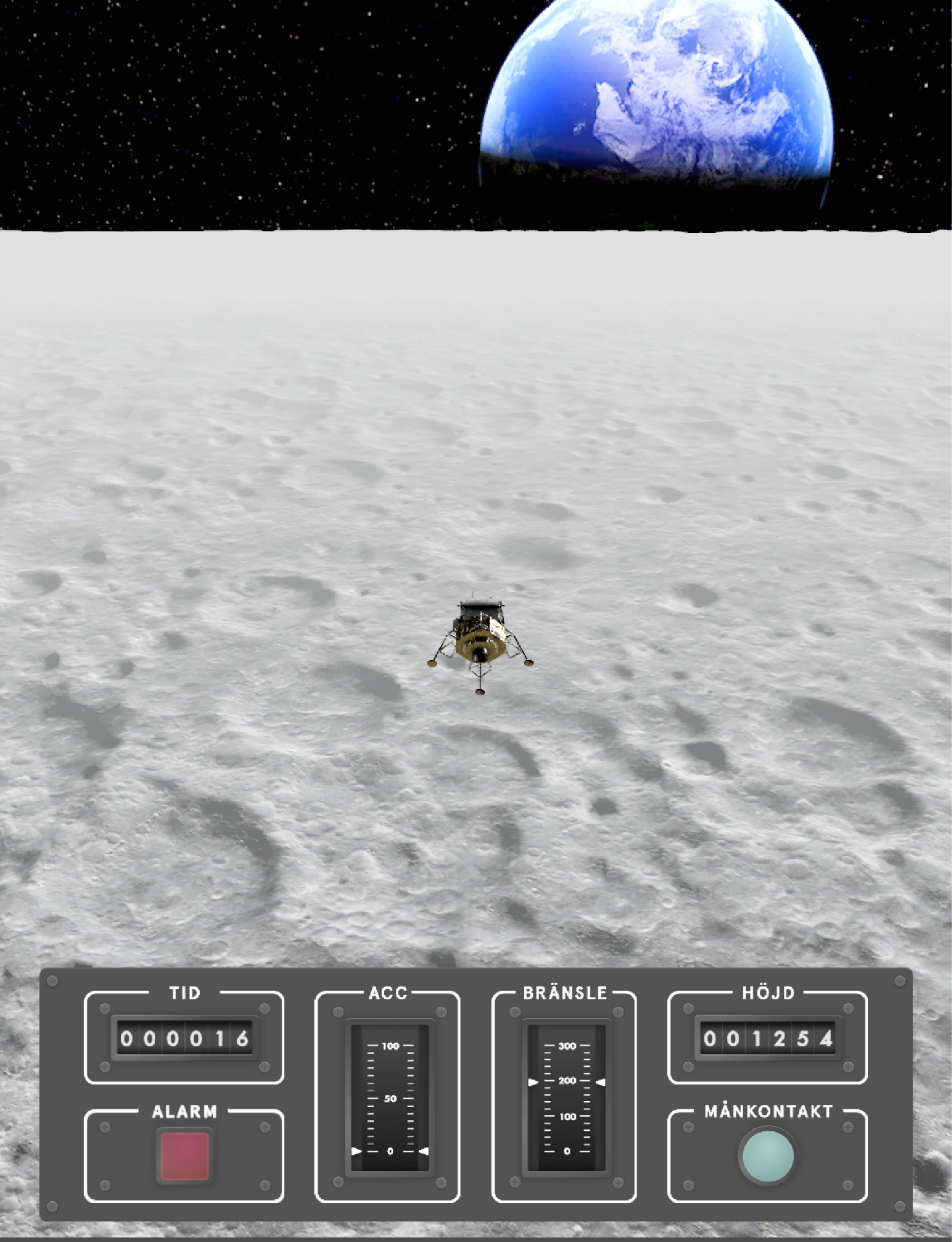 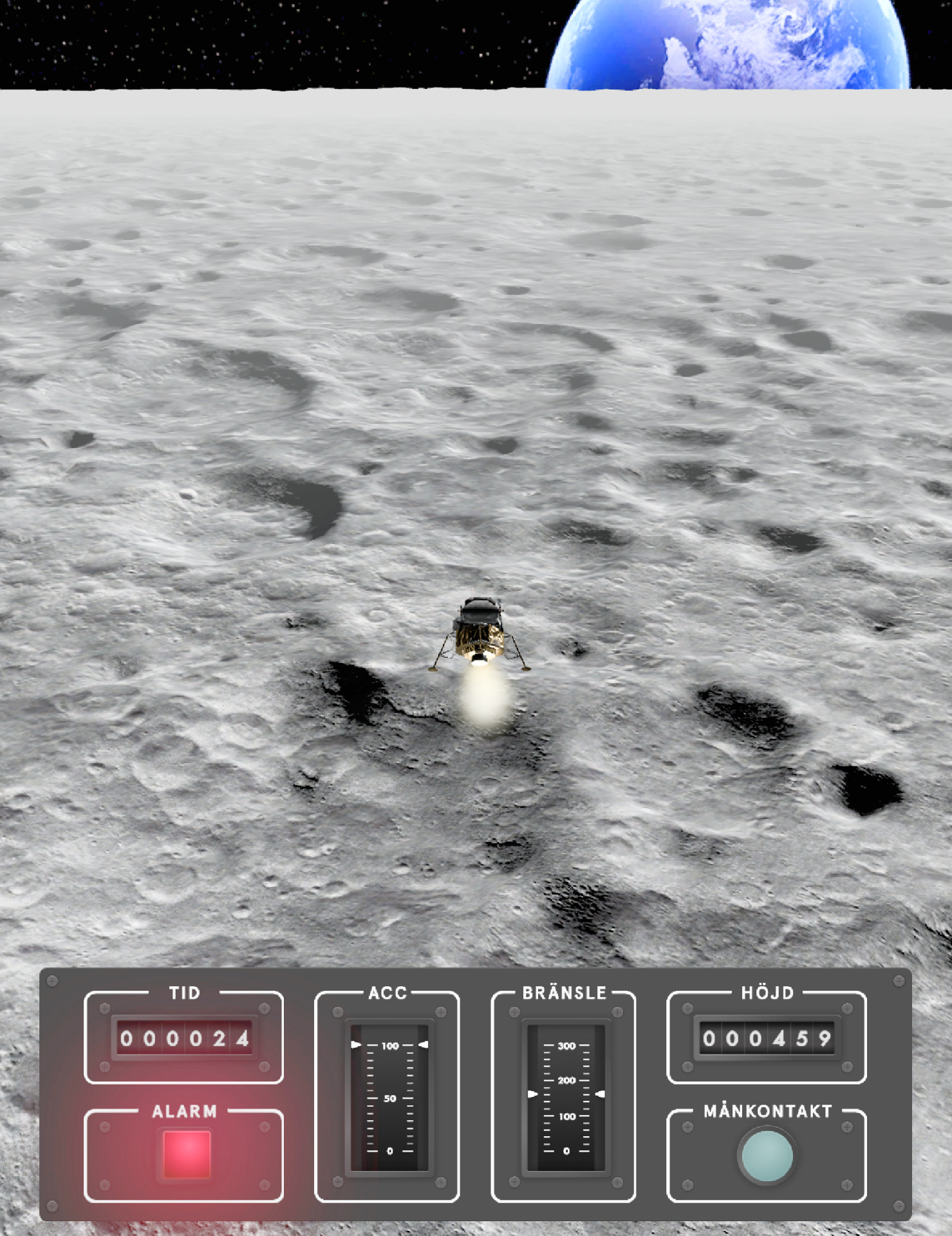